WELCOME TO THE JAKO NEWS BLOG

After six vice-championships our team breaks the spell in overtime on the last matchday! 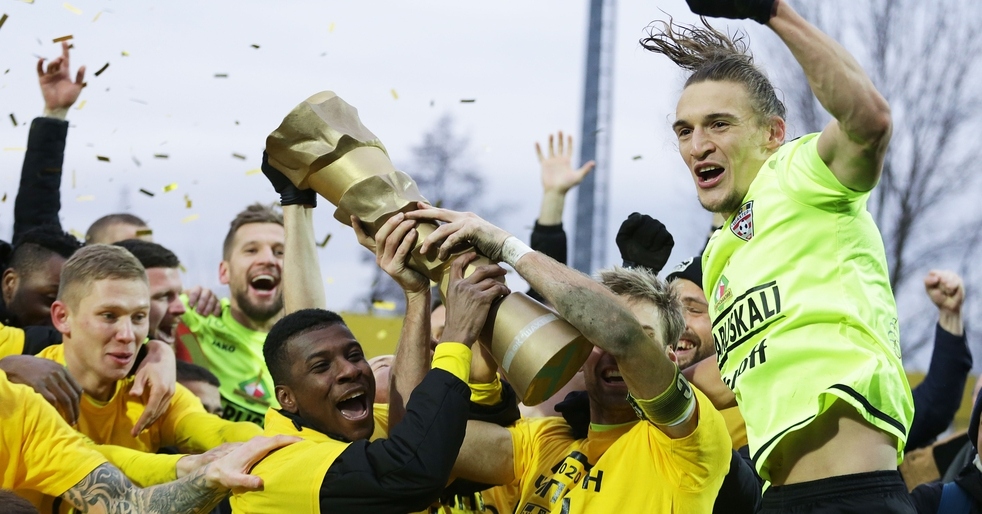 The spell is broken! In a dramatic season final, FC Shakhtyor Soligorsk secured the championship at the weekend. Our team from Belarus scored the decisive goals in final bout of overtime (92nd and 98th minute of play). However, the championship is not only special because of the extraordinary final phase.

Since 2010 our team has had to be content with the runner-up championship a total of six (!) times. Accordingly, the players celebrated exuberantly after the finale whistle blow in the local Stroitel Stadium. With the championship, Soligorsk won the right to start in the first qualifying round of the UEFA Champions League.

The decisive league match began anything but favorable for the team from Shakhtyor. Twice the fell behind against the eleventh place FC Minsk, twice the made up. Then overtime started. And in the end, there was the second championship title in history of the FC Shakhtyor Soligorsk.